Visit the library's spring 2017 exhibit on the 2nd floor. 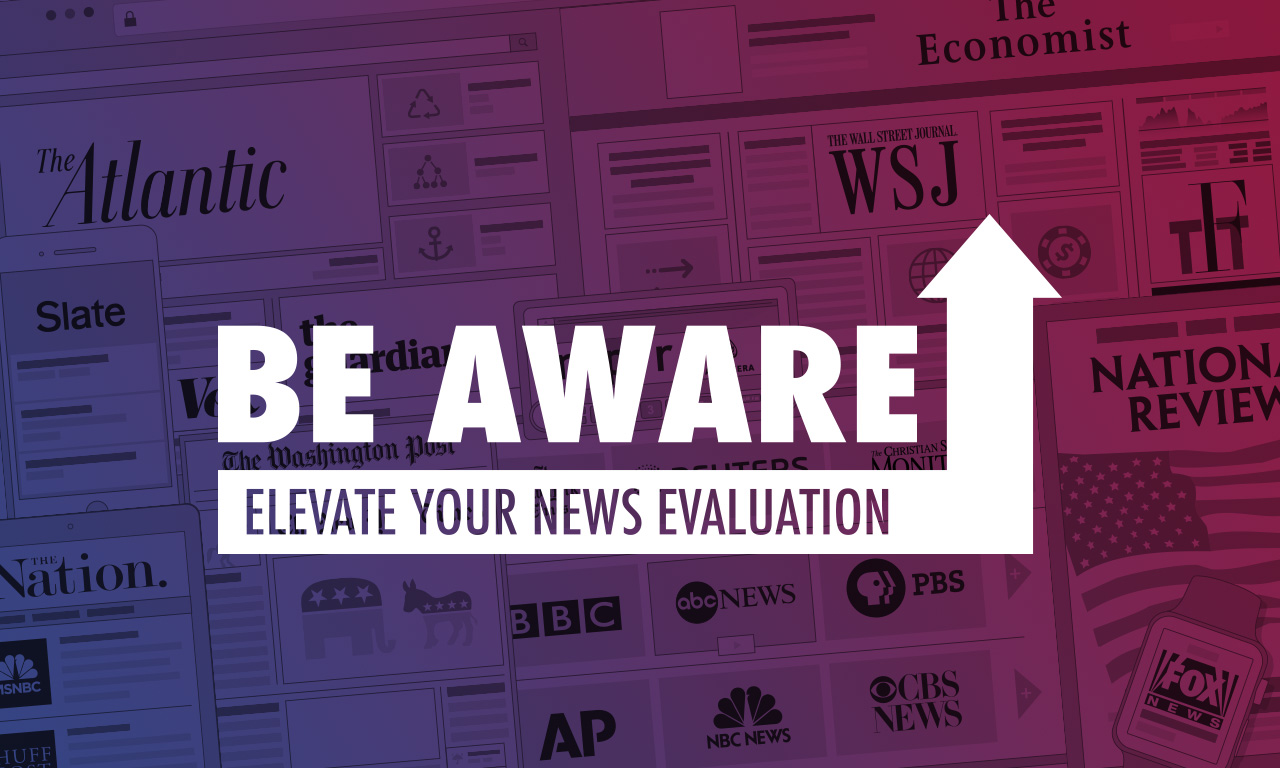 Be Aware: Elevate Your News Evaluation 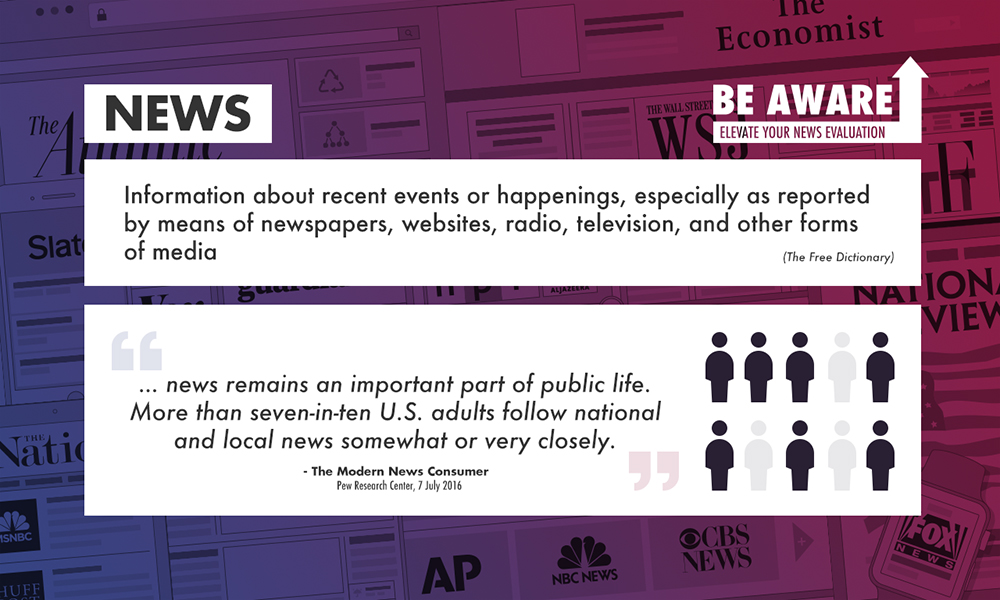 News: Information about recent events or happenings, especially as reported by means of newspapers, website, radio, television, and other forms of media (Free Dictionary) 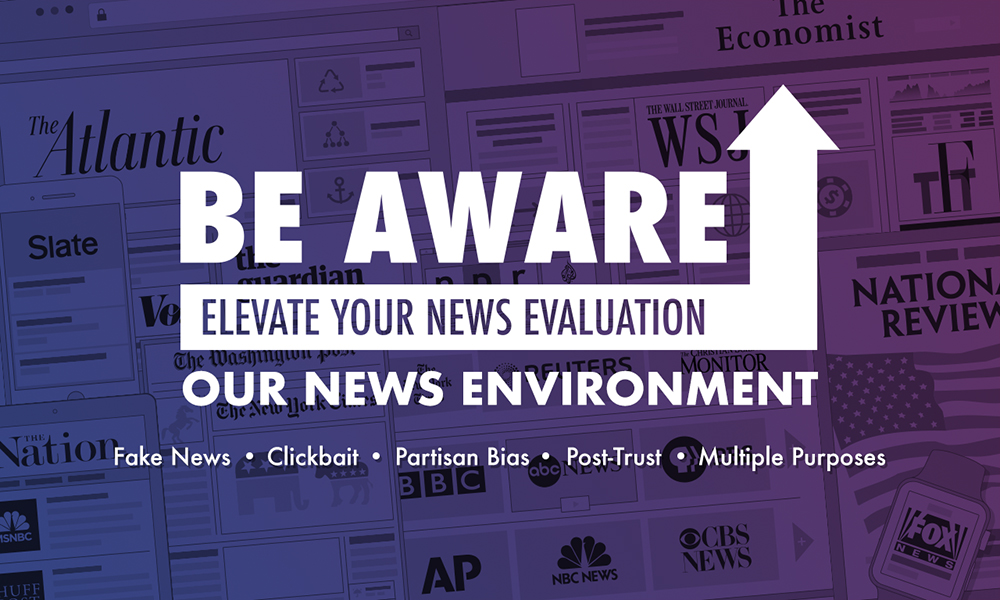 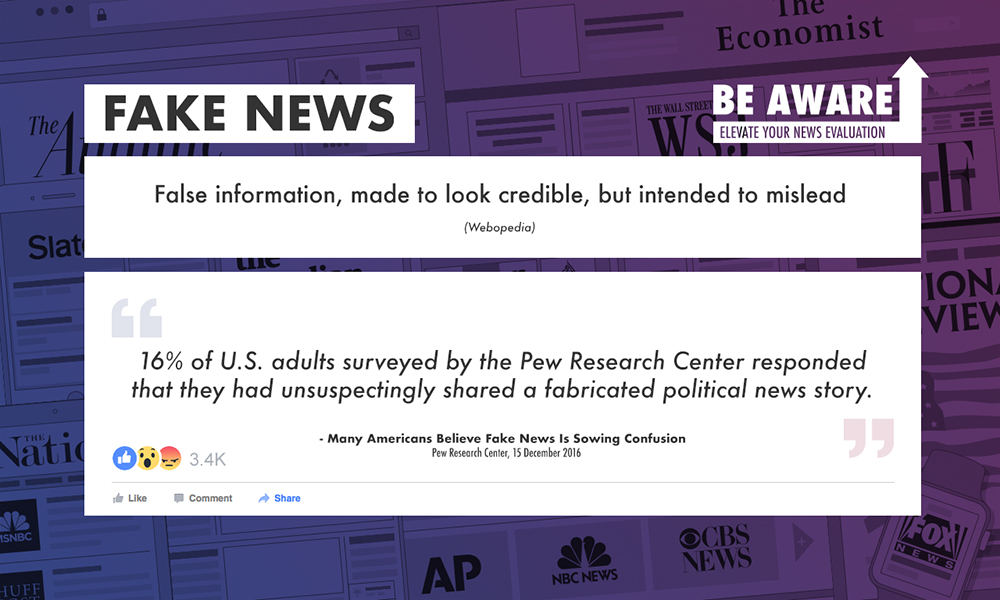 Fake News: False information, made to look credible, but intended to mislead (Webopedia) 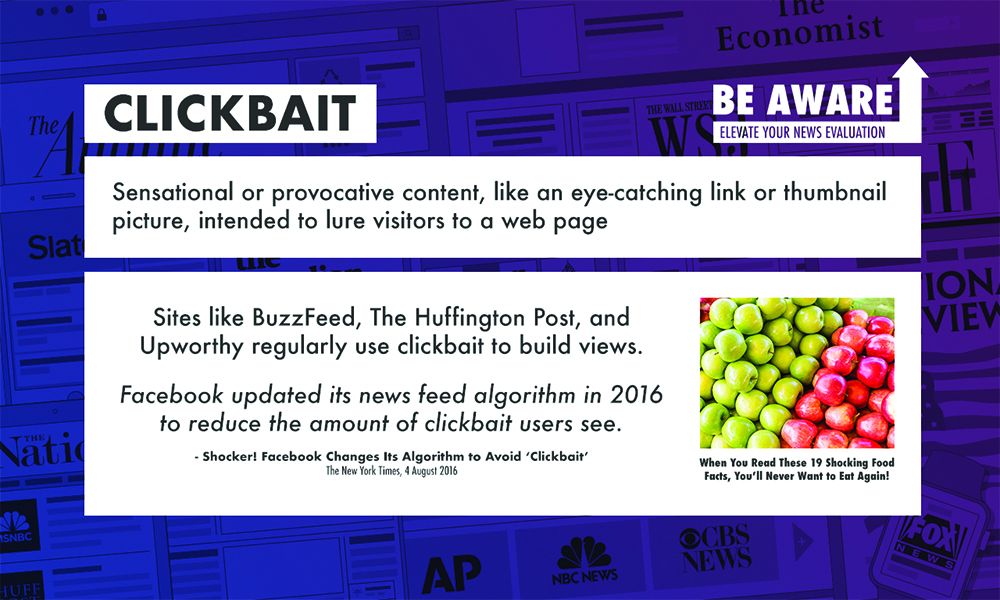 Clickbait: Sensational or provocative content, like an eye-catching link or thumbnail picture, intended to lure visitors to a web page

When You Read These 19 Shocking Food Facts, You'll Never Want to Eat Again!

Facebook updated its news feed algorithm in 2016 to reduce the amount of clickbait users see. 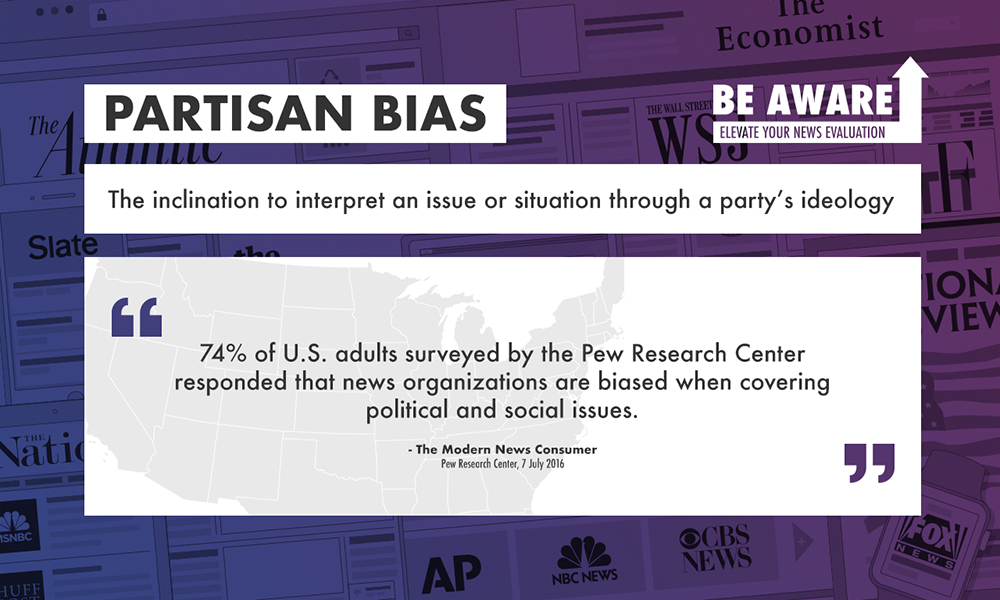 Partisan Bias: The inclination to interpret an issue or situation through a party's ideology 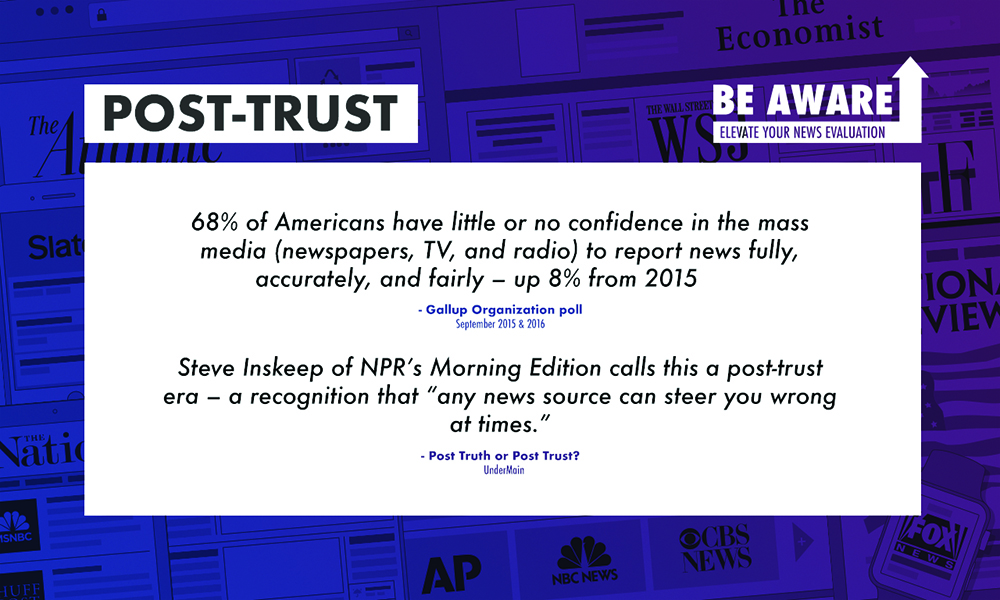 Steve Inskeep of NPR's Morning Edition calls this a post-trust era -- a recognition that "any news source can steer your wrong at times." -- Post Truth or Post Trust? Undermain 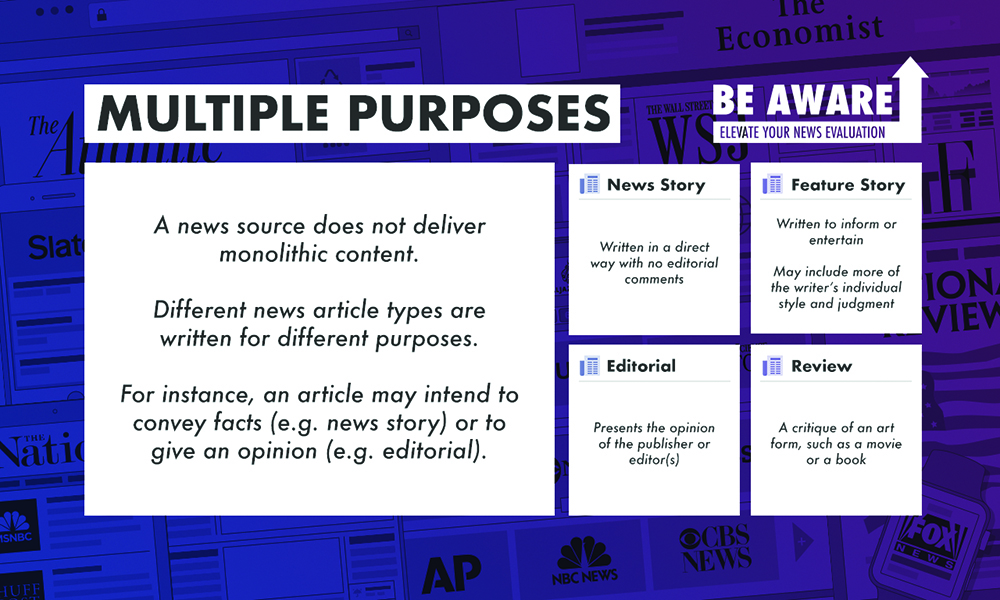 Multiple Purposes: A news source does not deliver monolithic content.  Different news article types are written for different purposes.  For instance, an article may intend to convey facts (e.g. news story) or to give an opinion (e.g. editorial)

News Story - written in a direct way with no editorial comments

Feature Story - written to inform or entertain, may include more of the writer's individual style and judgment

Editorial - present the opinion of the publisher or editor(s)

Review - a critique of an art form, such as a movie or a book 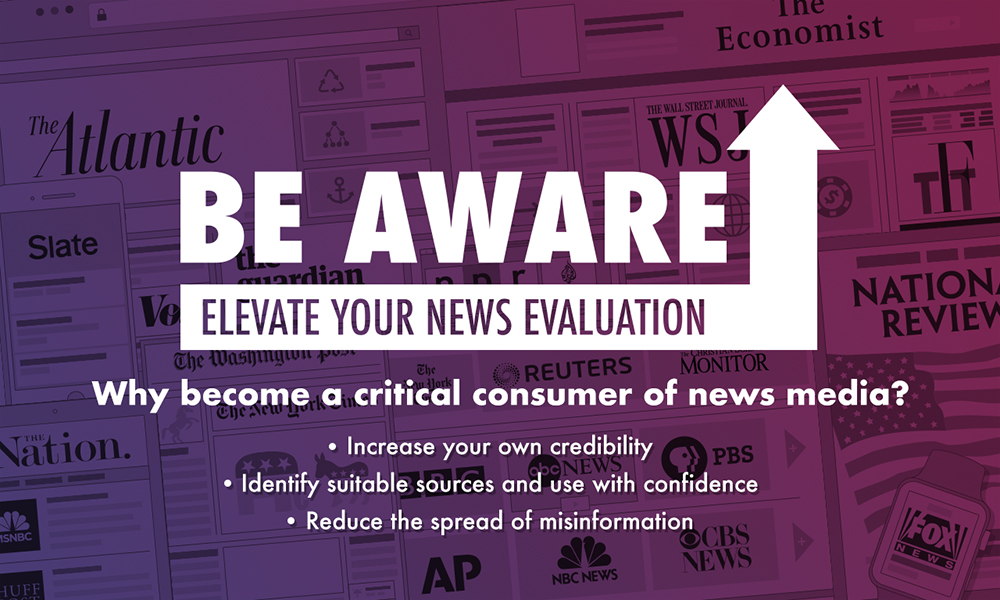 Why become a critical consumer of news media? 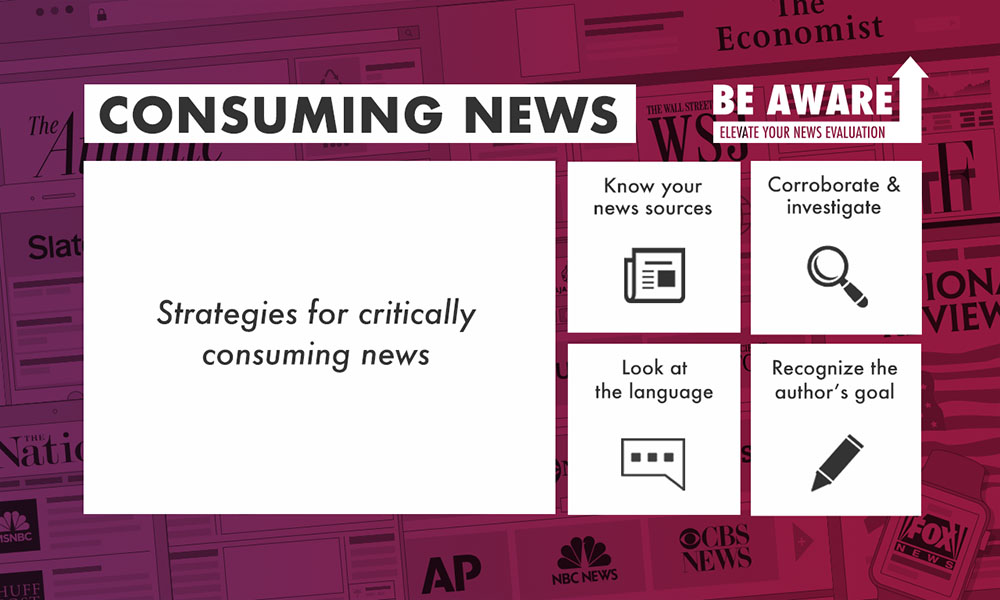 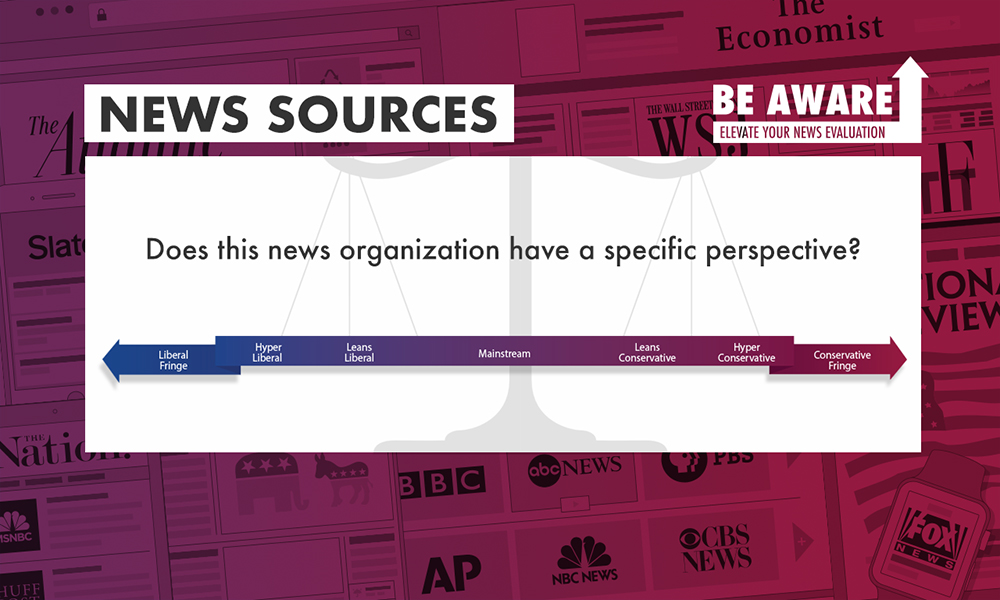 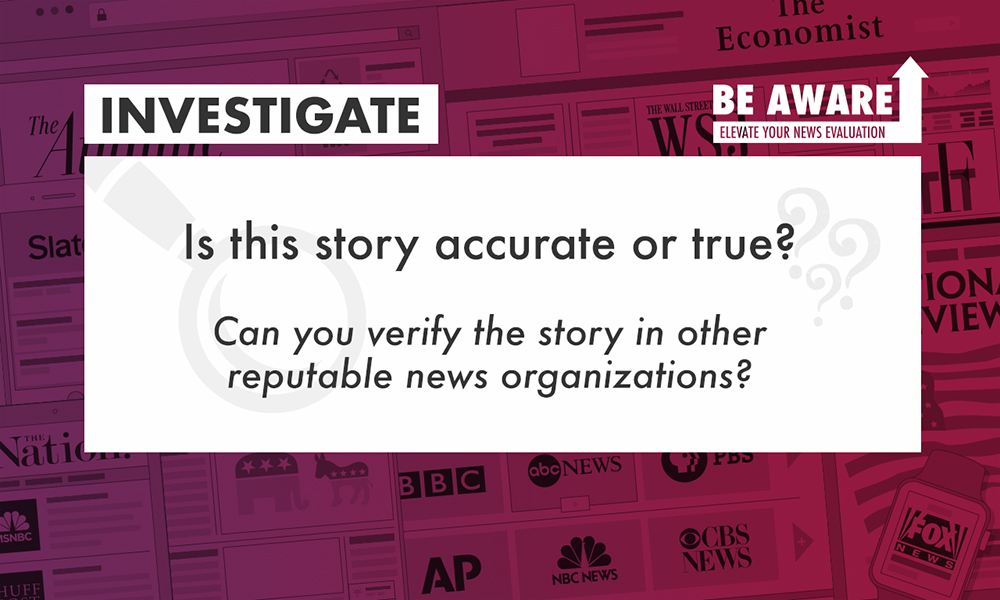 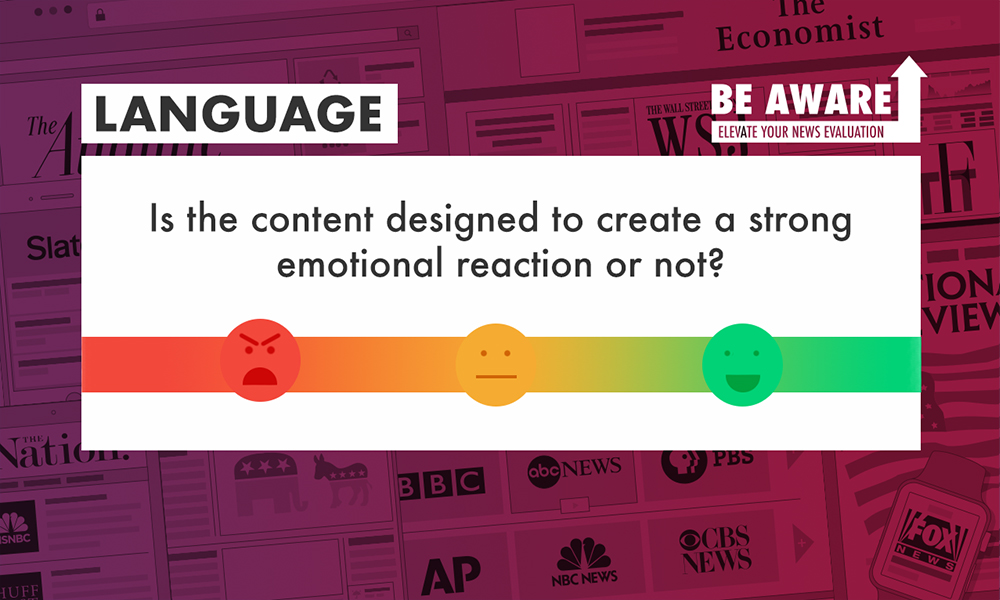 Is the content designed to create a strong emotional reaction or not? 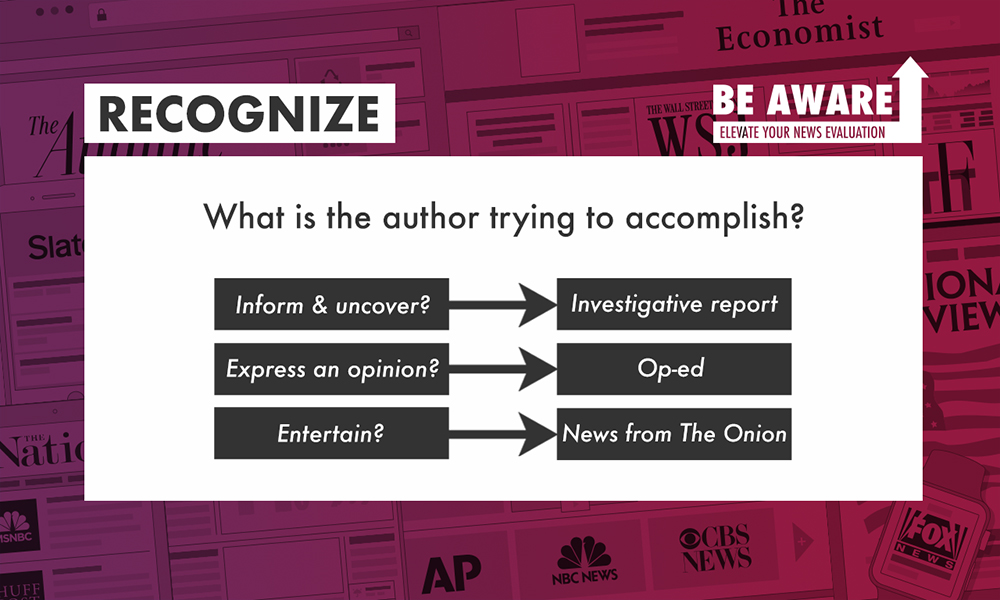 Recognize:  What is the author trying to accomplish?